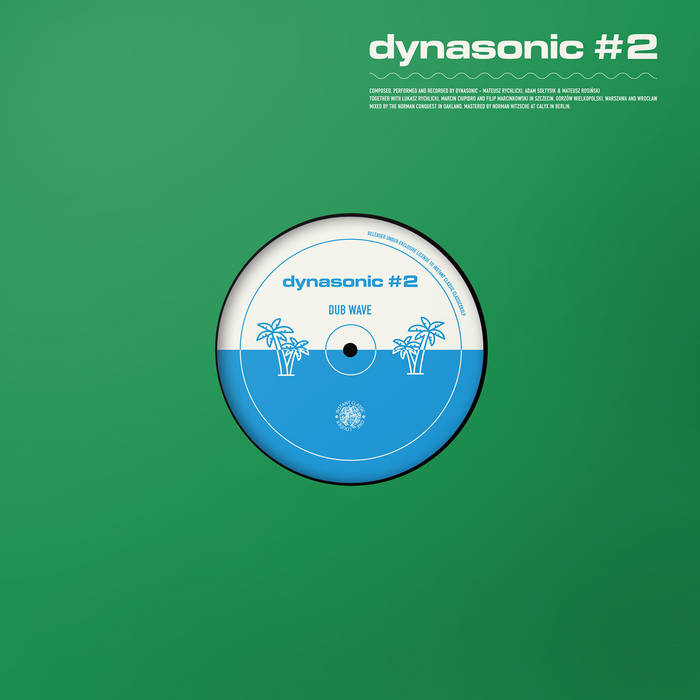 "Our first album was created as a side exercise, mostly making use of our spare time. No titles and tags, just a desire to explore some low frequencies," explains Dynasonic's drummer Mateusz Rychlicki. "New tracks were recorded during some intense touring and thanks to this I think they sound much better," he adds.

Dynasonic's albums and tracks are devoid of titles and covers look the same spare for different colors. "We prefer to leave as much as we can to the listener, to let people submerge in our music. I've never really been interested in the lyrics and I prefer to understand music in terms of stories, pictures or feelings. When I hear someone telling me that Dynasonic's music reminds him or her about some specific story, I feel our aim is reached," explains Rychlicki.

Asked about main inspirations, Mateusz compares Dynasonic to a kind of musical filter that selects only the parts that suit all members of the band. "When listening to old dub recordings, I love the rhythm section but the majority of additional sounds such as guitars or vocals are not really of my liking. Same goes for other genres: there's not many that I accept as a whole, I prefer to focus on specific tracks instead."

A listener not familiar with Dynasonic's first record might find it surprising that it clocks in at around 23 minutes. Same goes for "#2" but what may seem like a shortage of tracks is in fact a logical approach for a band that trims all that they perceive as unnecessary elements. "I prefer short albums and I don't really understand how one can release a record with a running time of 60 minutes, I just don't. '#2' has a duration of 26 minutes and we really don't think we would be able to come up now with more music that satisfies all of us on the same level," Rychlicki adds.

Instant Classic is an indie label set up by two friends who share a love of music and vinyl. Most of our releases are strictly limited. We do not pay attention to genres, we release only the tunes we love. Contact us: instant.classic.label@gmail.com.

Bandcamp Daily  your guide to the world of Bandcamp